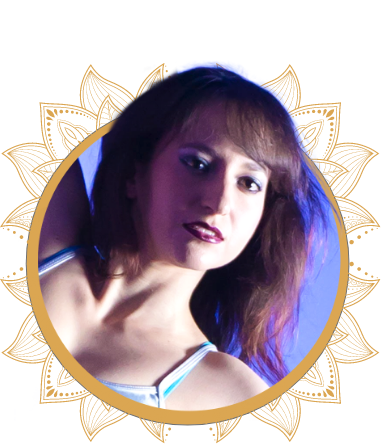 Mithra Alavi grew up doing Middle Eastern Fusion Bellydancing both in her Tenesssee home and with relatives and friends in Iran where the women kicked the husbands out to dance with wild abandon. During her college years she began performing and instructing others in Bellydancing.

Since 2014 Mithra has pursued her love and passion for the Aerial Arts – Aerial Silk, Trapeze, and Hoops. Recovering from an injury in 2016, she began practicing aerial Yoga as one of her healing modalities. She received her Aerial Yoga Teaching Certification from Levity Aerial Yoga in 2017 and immediately began instructing students. Mithra performs Aerial Dance at a variety of festivals and venues in the L.A. area.

Mithra is inspired through the creative arts especially dancing and her love of music and continues her other love scriptwriting for television and film.